In 2009, Thomas J. McIntyre (1919-2009) provided his DNA to be tested. The results of his Y-DNA test are represented in the certificate reproduced on this site. A deep clade test was also done showing the McIntyre haplogroup as R1b1a2a1a1b.

Haplogroup R1b is the most common haplogroup in European populations. It is believed to have expanded throughout Europe as humans re-colonized after the last glacial period ended approximately 10-12 thousand years ago. This lineage is also the haplogroup containing the Atlantic modal haplotype.

In 2010, A living Sullivan provided DNA.  To date, no other Sullivans have matched the Sullivan DNA.  37 markers have been tested; the deep clade test for the haplogroup has not been conducted.

In 2020, a third cousin provided the results of his Y-DNA from FTDNA to me. It shows both the Thomas haplogroup R-FGC41195, a branch of haplogroup R-P312, and the allele results from the Y-111 test.

Here is what the experts say about Y-DNA:

A person’s paternal ancestry can be traced by DNA on the Y-Chromosome or yDNA for short. Only men have a Y-Chromosome, which they inherited from their fathers and will pass on to their sons.

However, women can easily find out about their paternal ancestry from the yDNA of a male relative, their father or brother, for instance. The yDNA traces a man’s unbroken paternal line back way into the past in the same manner that your maternal ancestry by mt DNA.

Scientific research throughout the world has shown that all our paternal lines are connected somewhere in the past and that these connections can be traced by reading the yDNA. As with maternal genealogies defined by mtDNA, men tend to cluster into a small number of groups, 18 in total, which can be defined by the genetic fingerprints of their yDNA. In native Europeans, for example, there are 5 such groups, among Native Americans there are 4, among Japanese people there are 5, and so on. The men within each of these groups are all ultimately descended from just one man, their clan father. Obviously, these ancestral clan fathers were not the only men around at the time, but they were the only ones to have direct male descendants living today. The other men around, or their descendants, had either no children at all or only daughters. These clan fathers also had male ancestral lines and these ultimately converge on the common paternal ancestor of every man alive today. This man, known as “Y-Chromosome Adam”, lived in Africa 60,000 – 80,000 years ago.

The genetic elements of your signature also change over the generations and by comparing your genetic signature with those of others it is possible to tell, on the balance of probability, how closely you are related. In some circumstances, analysis of a further fifty markers can be useful, for example for resolving the genealogical relationships between men with identical fifteen marker Y-Clan signatures.

In many countries, surnames are also passed down from father to son, just like the Y-Chromosome. This means that you also can use your Y-Clan results to investigate your paternal lines alongside more traditional genealogical sources in a very powerful combination. For example, you will be able to compare your Y-Clan results with those of other men with the same surname to see whether you share a genetic connection. 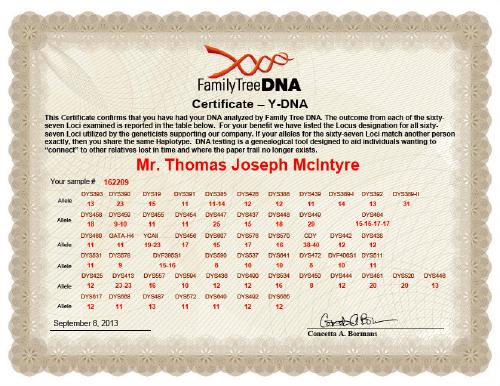 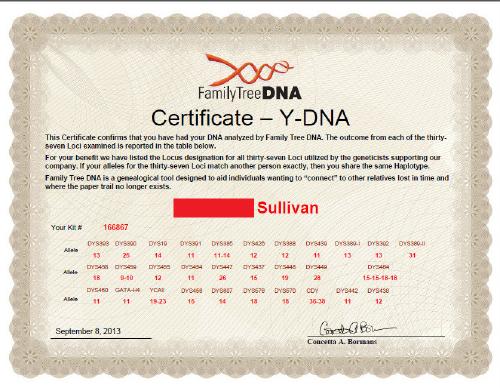 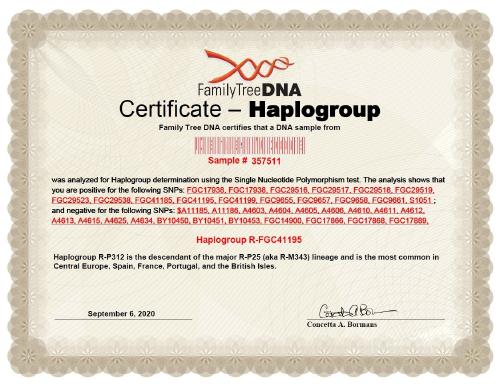 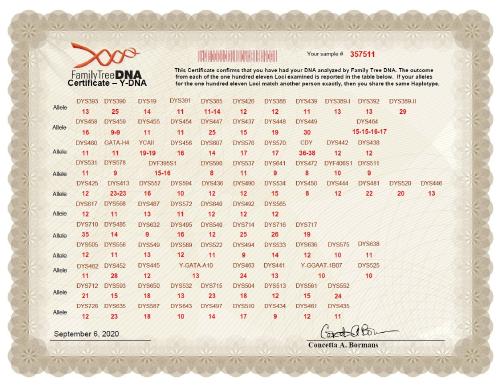