What the Experts say about Autosomal DNA percentages:

The percentages can vary. For example, a brother might share 52% of his DNA with one sibling and 47% with another sibling. Because of the random way that autosomal DNA is inherited third, fourth and more distant cousins will not necessarily match you with a Family Finder or Relative Finder DNA test. According to Family Tree DNA's figures the Family Finder test has a greater than 90% chance of detecting a match with a third cousin, but just over a 50% chance of detecting a match with a fourth cousin. In contrast the test will sometimes pick up traces of autosomal DNA from your more distant cousins (for example, fifth cousins and beyond).

In looking at my autosomal DNA, I find that ALL of my ancestry for the past several generations is located in Europe, in particular, the European Coastal Islands, i.e., Great Britian/Ireland. I have had my at-DNA tested at the big three and they all return similar results. 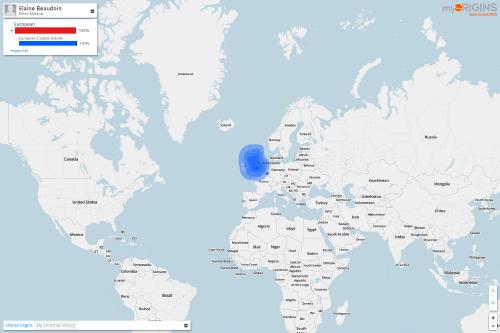 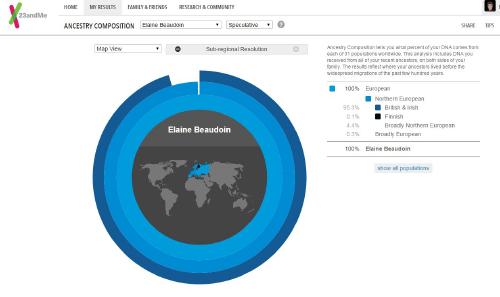 Results of 23&Me autosomal DNA test 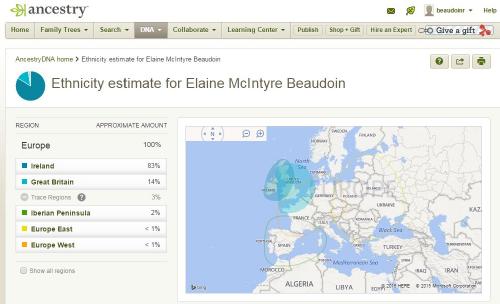